Will Christine Lagarde suppress the euro?

Will Christine Lagarde suppress the euro? 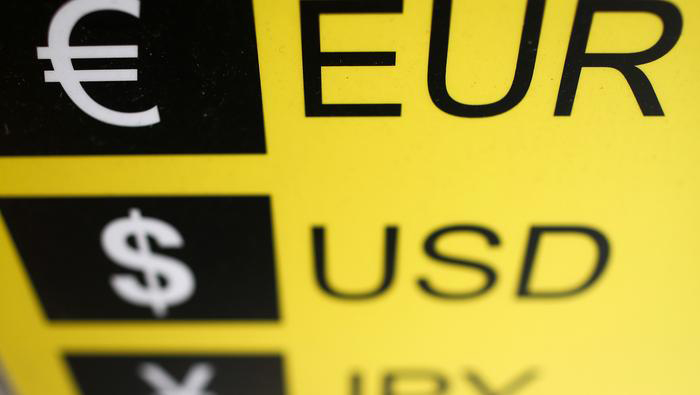 Will Lagarde oppose the rising euro exchange rate and what will be the bank’s forecasts for growth and inflation?
Christine Lagarde should have been following closely the recent rise in the euro exchange rate.

Since the beginning of June, the common European currency has appreciated by about six percent against the US dollar. This is a problem for the central bank: On the one hand, the strength of the euro makes exports from Europe more expensive, which tends to weaken growth – on the other hand, it makes imports cheaper and thus pushes the already low inflation in the euro area even lower down.

Although the ECB does not formally pursue any exchange rate targets, Lagarde’s predecessor Mario Draghi often commented on the euro exchange rate when he saw cause for concern. (Christine Lagarde euro)

In addition to the strong euro and extremely low inflation, a change in the US Federal Reserve’s strategy is likely to play a role.
The central bank will present new forecasts for growth and inflation in the euro area. The following four topics are important:

1. Will Christine Lagarde suppress the euro?

One way to respond to the strength of the euro would be verbal intervention.
For example, Lagarde may say that the sudden appreciation of the euro has an impact on inflation and monetary policy of the ECB.
ECB chief economist Philip Lane made a statement last week when the euro briefly exceeded $ 1.20.

Lane stressed that the euro exchange rate was “important” and “relevant to monetary policy”.
That was enough to weaken the euro’s exchange rate, at least for a short time.
Lagarde can say something like that. The question, however, is whether the exchange rate can be affected in the medium term by words alone or whether action will have to be taken at some point.

The deposit rate is a classic instrument for influencing the exchange rate.
It is currently minus 0.5 percent in the eurozone.
The ECB has kept it at this level even in the midst of the coronavirus crisis.

Lagarde may indicate that the ECB is ready to make further cuts. This would probably reduce the euro exchange rate.
So far, however, the ECB has refrained from further lowering interest rates, in part because it fears it will have negative side effects on the financial system.

It would therefore be possible to increase the base for those bank deposits that are excluded from negative interest rates.
A possible hint of a new expansion of bond purchases could also affect the euro exchange rate.

2. How will the ECB react to the change in the Fed’s strategy?

One of the drivers of the strength of the euro and the weakness of the dollar was the recently announced change in the strategy of the US Federal Reserve.

The Fed intends to tolerate higher inflation in the future if it has previously been below two percent for a longer period.
Investors see opportunities for the Fed to achieve this.
At least inflation expectations stemming from market prices have risen since the new strategy was announced.

In addition, market players expect US interest rates to remain low for longer.
This poses dangers for the ECB: If markets accept that monetary policy in the US will be easier in the future than in the euro area, there is a risk that the euro will appreciate further and the dollar will depreciate.

Lagarde can therefore counteract this impression. The ECB itself wants to complete a review of its strategy in mid-2021. However, since last year, it has emphasized that its inflation target of “below but close to two percent” is symmetrical.

This means that the institution will fight against too low inflation in the same way as against too high inflation.
Until now, the goal was often seen as a kind of upper limit.

In principle, the ECB is moving in a similar direction to the Fed.

3. Will the ECB expand its bond purchases?

The most important instrument of the ECB in the current situation is the purchase of bonds. It was only in June that it increased its crisis program under the pandemic, called PEPP, by 600 billion euros to 1.35 trillion euros.

So far, only 500 billion euros of the volume have been exhausted. So the central bank still has a lot of leeway. In August, it acquired additional bonds through the program for just € 60 billion net.

However, purchases are usually slightly lower during the summer months – due to lower liquidity in the markets.
Most recently, Isabel Schnabel, a member of the ECB’s Executive Board, said in an interview that he currently considered the volume of the PEPP program to be “appropriate” and that the ECB had somewhat reduced its weekly purchases due to the calmer financial markets.

Therefore, most economists do not expect the central bank to expand its purchases now. Elga Barch of Blackrock and a member of the Council of the ECB in the shadows, a team of experts moderated by Handelsblatt, nevertheless pleaded for a 500 billion euro increase in purchases at this meeting.

She argues that the ECB must send a clear message now.
In addition to the strong exchange rate of the euro and inflation data in the euro area are also extremely low. In August, consumer prices fell by 0.2% and core inflation fell to a record low of 0.2%.

Swiss asset manager Pictet Frederic Ducrose, who is also a member of the shadow council, expects at least a clear signal from Lagarde that, depending on the data, a further easing of monetary policy is possible.
He expects bond purchases to expand by 500 billion euros in December.

4. What development does the ECB expect for growth and inflation? 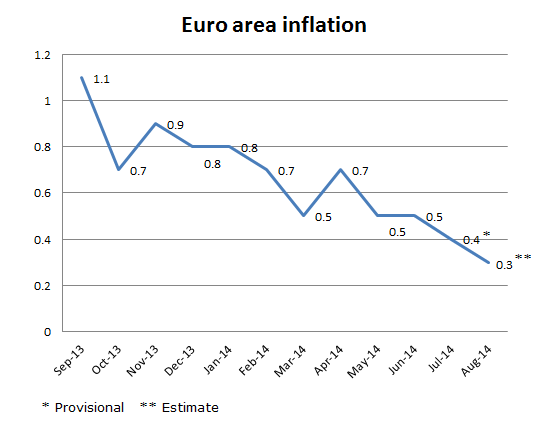 At her press conference, Christine Lagarde will also present the latest ECB forecasts for growth and inflation in the euro area. Particular attention will be paid to inflation. The ECB aims at a value of just under two percent, which it considers optimal for the economy.

However, he has long missed this goal. In June, the ECB forecasts that inflation will rise to 1.3% by 2022. This is also in line with the shadow Council’s forecast.

Any cookies that may not be particularly necessary for the website to function and is used specifically to collect user personal data via analytics, ads, other embedded contents are termed as non-necessary cookies. It is mandatory to procure user consent prior to running these cookies on your website.